Since the law changed on 22 April 2014, most divorcing and separating couples in England and Wales who want to use the court process to resolve any questions about children or finances have to show that they have attended a Mediation Information and Assessment Meeting (MIAM) before they can apply for a court order.

If you wish to start mediation or go to Court, the mediator will invite you to separate private meetings called MIAMs.

The applicant (the person asking the court to get involved) will almost always have to go to the meeting. The other person is expected to go, however, he or she does not have to unless the court says this must happen. If you wish to mediate both parties will have to attend a MIAM.

This new requirement was introduced because the government and the courts believe that mediation and other forms of dispute resolution can help many more families resolve their differences in a constructive way. Alternatives to going to court – including mediation, collaborative family law and arbitration – are often quicker, cheaper and less confrontational than the traditional court process. 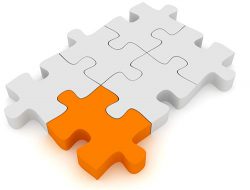 What is a MIAM?

A Mediation Information Assessment Meeting is a meeting with a specially qualified family mediator, who will explain to you the alternatives to the court process. The purpose of the meeting is to give you an opportunity to find out whether going to court would really be the best way of dealing with the issues that you face following your relationship or marriage breakdown (e.g. children, property and financial issues), and, in particular, whether mediation could be an effective alternative.

For further information, availability and fees which are specific to each case, contact us today.